Check out the latest developments at Staffing Match

2nd February 2016 – The best in the business was honoured at the annual Hounslow Business Awards hosted at the Hilton London Syon Park held on 9th of October 2015.

The evening was celebrated by awarding winners from 13 separate categories including Entrepreneur of the Year and International Business of the Year.

Hounslow’s Council has been hosting this event for the past three years to recognize the entrepreneurial efforts within Hounslow organizations and rewarding their ongoing efforts to serving the community.

A board of judges that comprised of several business and industry leaders were assigned the tough task of narrowing down the impressive entries into just three names in each category.

The finalists were welcomed to a glitzy dinner gala where the victors and runners-ups were announced.

We are extremely proud that Salman Iftekhar and Michael Gadsby of Staffing Match won the Entrepreneur of the Year Award. The business, started just over a year ago won £6.5million in contracts that specialise in the supply of 600+ temporary and permanent staff to several companies. Judging was conducted by councillor Theo Dennison, the cabinet member for finance and citizen engagement and Hounslow Council, who presented the prestigoius award at the end of the night.

He was then joined by Councillor Steve Curran, leader of Hounslow Council, to present the grant for Best Business for Marketing and Social Media to mechanical manufacturer Russell Finex.

Mr Gadsby, who also won the award for Best New Business, said: “It has been a crazy year and it is really humbling to win these awards. Many of our clients serve Heathrow, particularly in catering. When we started there was no business there but now we have a base in Bristol and we are just starting up in Frankfurt as well, so it is a very exciting time. Everyone in the office is still on a high from Friday’s ceremony.”

Councillor Curran stated, “The judges faced the daunting task of having to pick winners from an incredibly high standard of entries this year”

He then elaborated on why Hounslow’s business is booming and gaining a reputation as a hub of excellence in various sectors. He explained that there are more people employed in media and broadcasting than anywhere else in London and the borough ranks as a second place to Tech City in east London for ICT positions. They also have the second highest number of people working in logistics because of their closeness to Heathrow Airport.

“There were 13 very worthy winners and a further 26 companies that were commended, they can all be very proud of their achievements.” 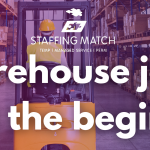 Warehouse jobs are just the beginning…

Choosing an apprenticeship – how to decide